It’s getting to feel a lot like Christmas.  As in that gaming news keeps clawing its way earlier and earlier on the calendar.  Back when I was a kid, it was all about CES.  Then the gaming industry started its own show so it wouldn’t be lumped in with TVs and Camcorders called E3.  Then the REAL news started showing up before E3 at Press Conferences. Finally, here we are two weeks before E3 and the game industry is throwing out announcements and teasers like they were 8 month old spaghetti you found in some Tupperware in the back of the top shelf of the fridge that you can never see all the way unless you crouch down so you forget things back there a lot and oh hey we DID have butter!

Anyway, let’s get into it.

What we know:  Fallout 76 is being developed by Bethesda Game Studios and Bethesda Game Studios Austin (Formerly BattleCry Studios).  We know its set in Vault 76, one of VaulTec’s “Control Vaults” that didn’t have any weird experiments and was set to open 25 years after the bombs fell – making this one of the earliest Fallout games chronologically.  We know that Bethesda Austin has experience with multiplayer (they assisted Id Software with making Doom 2016’s multiplayer mode) and we know that they were hiring people with Free-to-Play/Micro-transaction game experience.

What We Think:  My money is on some kind of squad based multiplayer game that are all the rage with developers right now (From what I can tell, the public isn’t really biting) – probably to compete with EA’s Anthem and Activision’s Destiny.  No clue how required the multiplayer aspect will be for the game, but you can bet that micro-transactions will be involved.  The game will probably center around venturing out of the vaults and trying to stake a claim in the post-apocalyptic world, establishing the earliest settlements in the wastes, etc.

I also wouldn’t be shocked if there was some PvP elements to this, since then Bethesda can recycle the canceled BattleCry game with its 5v5 squad based combat as some level of return on investment.

What We Know: Pokemon’s first major outing on the Switch is a return to basics with a semi-reboot of the original Red/Blue games updated with new mechanics.  Everything from Team Rocket to Mewtwo was shown in the trailer as well as being a return to “Your First Adventure” in the Kanto Region.

However, this time you have a shoulder-riding pal in Pikachu or Eevee that can be dressed up and played with.  The wild pokemon catching mechanic seems to built on the Pokemon Go mobile app’s core mechanics rather than battling but battling with your pokemon is still a thing with other trainers.

There will be additional functionality between Pokemon Go and Pokemon Let’s Go where you will be able to send Pokemon back and forth from the two games (depicted as being possibly temporary or in a minor way – it was shown being imported into a “Go Park” in the trailer).

The game will have a multiplayer component.  The game only uses a single joycon to play, so if someone hops on using the the second joycon, you will have a second player join you in the game.  It appears you’ll be able to try and catch pokemon together with properly timed ball tosses giving some kind of special bonus perhaps.

Finally, there will be a ‘substitute’ joycon in the form of the Pokeball Plus – a pokeball with a joystick/button at its center.  Meaning the the mechanics to play the game can likely be distilled into a joystick to move, a button to interact, and motion controls to throw balls.  The Pokeball Plus can also store an ‘uploaded’ pokemon that you can take with you.  Unsure if its ANY pokemon or just Pikachu/Eevee.

What We Think:  In terms of a first outing on a new console?  I think this is a great idea.  It combines the already popular Pokemon Go app with the traditional pokemon experience,  it takes full advantage of everything that the Switch can offer a game (Multiplayer with multiple joycons, motion controls, etc.), and gives a fresher update on the original Kanto games (Let’s be honest, LeafGreen and FireRed didn’t bring a ton of ‘new’ to the table beyond using the Ruby/Sapphire game engine and allowing you to trade to old pokemon to the newer games).

For those who were hoping for a more tradiitonal Pokemon experience, Nintendo was nice enough to make mention that another ‘brand new’ Pokemon game was slated for 2019.  I however will be VERY happy with this one in the meantime.  It looks fun and has a lot of fresh new ideas to play with.  I do want to dress Eevee up as a mad scientist.

What We Think:  Really don’t care.

Invasion of the Poke Zombies! 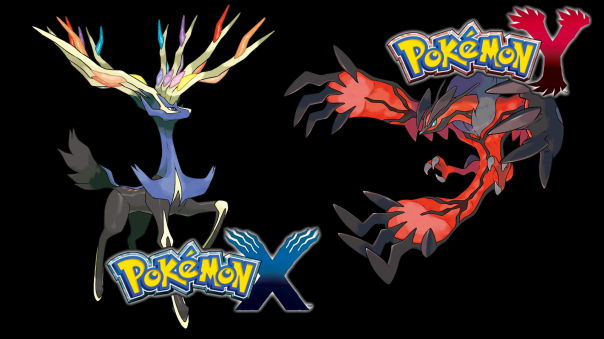 Imagine if you will: an epidemic that sweeps across the world, turning once active sociable people of all ages in to glossy eyed, mouth hanging, grunting creatures that barely resemble the humans they once were.  They stagger around, staring downward at an object – a relic of their former lives now become their master.  And on its tiny lit screen holds these pseudo-people’s only remaining obsession.  A drive that takes priority over cleanliness, rest, and even nourishment.  An echoing call from beyond the veil of time and space to seek out creatures unknowable to this world, whose very biology is enough to make even the most studious professor go raving mad trying to comprehend and explain.  And yet these huddled masses, so devoid of anything we can definitively call humanity, work slavish to heed these creatures call…  to capture each and every one.  To catch them all if you will.

Well, there’s my spooky horror Halloween bit for the month.  But in case you can’t glimpse through the pathetically faux-Lovecraftian prose above, I am talking of course about Pocket Monsters/Pokemon X and Y which was just released and you had better believe I got my sweaty mitts on it at the midnight release.  More specifically I have the Y version of the game, while my significant other holds the X version.  Fitting with the whole chromosome thing I guess. But it has been sucking up almost every free hour I have.  Hence why my Operative sits at 53, and I still haven’t finished the next Class Storyline Review as I haven’t finished any new chapters of a class story…  because POKEMON.

I don’t know what it is about this generation of Pokemon (formally dubbed Generation VI from what I’ve gotten from various pokedex websites) that has me so engrossed.  I barely cracked a dent in Diamond, and before that the last one I played was Silver.  Okay, well, Pokemon Snap too.  But I don’t think that counts.  I didn’t even grab up half the gym badges in Diamond, and here I am with Y only days after release knocking on the final gym’s door.  What is up with this version?

Well for one, I think it has a lot to do with cutting out a lot of the tediousness of the previous games.  You can run right away, in the first major town you visit you get roller skates that make moving even faster, and then a bit later you get a bike which is even faster than the skates.  So moving around before you get fly is much quicker.  The downside to that of course is trying to talk to people who move around.  Oh pikachu on a pita, is it ever hard to stop and talk to them.  Still it’s a small price to pay for greatly speeding things up.

Speaking of speeding things up, you get the Experience Share device much earlier in this version.  Like almost at the start.  You turn it on from your key items bag and then all your pokemon who are not in the battle get half the experience gained from the battle, and pokemon in the battle all get the same amount of full experience.  That’s right, it’s not split up between them anymore.  Praise Arceus! This makes leveling an entire super easy, and getting your pokemon caught up as well.  Have a level 5 pokemon you want to use but everything else is level 40?  Just drop in the back slot of your line up and it’ll get half the experience of all the battles your up-to-date ‘mon do.  It’ll race up there.

The other thing that can’t be overlooked is the massive graphics overhaul. Pretty much all the games up to this point looked like something between the original Zelda and Link to the Past.  In comparison, this would closer to the leap to Ocarina of Time level of graphics.  Only less polygonal.  But the leap is still impressive.  No longer with the fixed overhead camera and 2D sprites, the whole thing gives the world of the Kalos region a much more vivid and lifelike feel to it.

The final thing I would say that has had me so enraptured is the story.  I know right? Story in Pokemon.  Of course that’s nothing new to veterans of the series.  Diamond & Pearl had a story at least I know.  Pretty sure several of the others did, but it is still one heck of a welcome addition from the Gold & Silver days. Even the whole rival thing is changed up with a much more friendly nature of your neighbor wanting to compete with you as a friend and rival instead of constantly butting heads with you to claim glory for themselves.  The entire game has a much more accepting friendly tone to it.  Even the story seems to be about how we need to embrace friendship and sharing both the good and bad in life to make it through.  Not to say it doesn’t have darker tones with a doomsday weapon, frequent mentions of a war waged with pokemon that ravaged the region long ago, and a tragic story about a king who lost his beloved pokemon and sacrificed hundreds of pokemon’s lives to bring his pet back from the dead.  This is the pokemon I WISH they showed more of in the cartoon.  Can you imagine Ash, Brock and Misty in the plotline of Fullmetal Alchemist? Oh yes.  Yes please. Vry likey.

Honestly, if you were ever a fan of pokemon I think X and Y is worth a look.  It does away with a lot of the tedium and makes a lot of things that were strange mysterious background mechanics much more transparent and less in the exclusive realm of the min/maxers. It does a great job of remaining true to the core gameplay of the series, while giving it enough of a fresh coat that I think people who got tired of the repetitive nature of the previous games will have something to enjoy in this, and also still be fun for the die hard fans who have every generation of pokemon on their game shelf.  Give it a look, and join in the crowds of stumbling masses who can’t tear their eyes away from the screens. You too will become… A POKE ZOMBIE!

OH! Also, I would be foolish not to include my 3DS Friend Code for anyone out there who might want to trade or battle or something.  I’ve included it on the side bar of the site under the ‘Find Me On:’ banner, but for those using RSS feeders and don’t want to click to the main site, the code is: 1349-5385-7500.  I also still play Animal Crossing: New Leaf time to time too.  Maybe I’ll see you in the battle arena!