Master Trolling with Rick and Morty 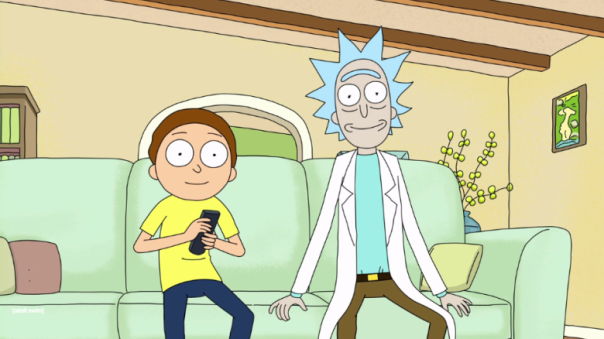 So did you all see that Season 3 finale? Wowee.  Nothings gonna be the same ever again, huh?  Except the parts where they explicitly stated they are going to be the same again. *cough* Anyway…

Rick and Morty is one of those shows that is hard to get a beat on simply because it has perfected the art of trolling its own audience like some sort of modern day Andy Kaufman.  We are talking classic old school trolling too.  That form where you can never be quite sure where the line of what should be taken seriously or not falls.  Rick and Morty introduces plot points, episode previews, and even entire episode names and summaries as we found out this season just to pull the wool over your eyes and show you something completely different or have it be a one off joke.  Sometimes a joke turns out to be something horrifyingly serious like the utterly bizarre in comparison to the rest of the episode therapist scene at the end of the Pickle Rick episode.  You never know when the creators of the show are just dicking you around and where they intend to be serious, especially since the show can alternate between those two with the flip of a coin.

When I first was introduced to Rick and Morty, I stumbled upon a vast sea of YouTube videos that were delving into every conceivable theory and dissected every frame looking for clues to Justin Roiland and Dan Harmon’s mastermind plan for the show.  My first instinct was that it was just fans being fans and overthinking things, but with this show – can you be sure?  There certainly have been times when it looks like there’s bigger at work.  Just the stuff with Evil Morty seems to be implying that.  Then again at the same time the whole thing could be building up to the mother of all fart jokes.  You don’t know. I don’t know.  Hell, I sometimes wonder if the creators know.

That’s what I’ve found to be this wonderous dichotomy while watching Rick and Morty that I haven’t found on any other show.  It’s not that it’s “smarter” than other cartoons or TV, it’s just that you find yourself stuck in a Schroedinger’s Cat scenario of what the show is about.  Until you open that box and look, the episode could be serious, plot heavy, fart joke heavy, cynical or completely whimsical.  Mister Poopy-Butthole (Truly a thinking man’s name) told us EXACTLY when Season 3 would premiere.  Should we trust his even more cryptic prediction about season 4? Or is it Justin and Dan just messing with us? How would you know until season 4 premieres?  It’s insane! I can’t think of another TV show or hell, media property in general, where the suspense comes not from the plot or the characters but whether or not you can believe the creative team behind the show.

Rick and Morty is a master class in how to troll people.  You don’t know when to take it seriously, so you don’t know how to react properly.  If you give it any amount of personal investment, you’ll find yourself bewildered and confused as it jerks you around with important characters that are irrelevant and pointless characters that will tell you when to expect new episodes, you can have a build up of significant plot points that seem to racing to a finale only to have that finale be Rick and Morty being jerks to the President of the United States for a half hour, or you can have a show that messes with your expectations that instead of returning to the status quo at the end of each episode – it does it at the end of three seasons.

And sure, you can NOT feed the troll. But sometimes – rarely – such a magnificent troll comes along that its less fun NOT to ride the ride.