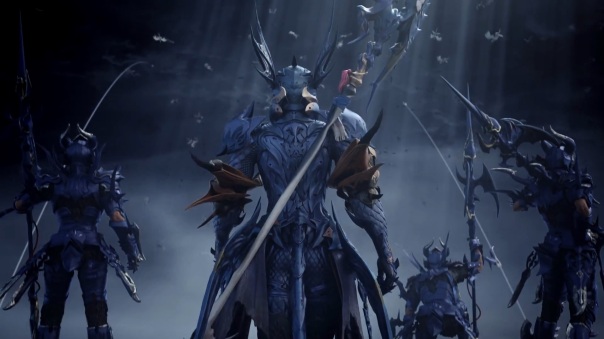 I’m happy to announce that just in time for the new Final Fantasy XIV expansion Stormblood, I have managed to put together a solid story summary for the story of Heavensward.  While the “patch storylines” aren’t finished yet – namely because I haven’t played through those extensions to the Main Scenario yet – the main storyline of the expansion is now available to read here.

I don’t have a set date for when those remaining stories will be up mostly because I’m debating waiting until Stormblood is released to play through those patches since when Heavensward was released the 2.X patch story rewards were altered to give equipment to prevent having to grind item levels to progress to the next major step and since my current ilevel is sitting around 203 at the moment, and you need 230 to get through all the dungeons involved in the quests…  Yeah, I might just wait and see if I can make this a bit easier on myself.  If someone who is more active in the news for Final Fantasy XIV knows one way or the other if they plan on doing this again, do please let me know.

Otherwise, I’ll just keep on my current mission of “Get all Classes/Jobs to Level 30 then to Level 50” until Stormblood arrives.

EDIT: Upon further research, it seems that the Main Scenario Quests for Heavensward will have to be completed in order to access the Stormblood story, but you won’t need to do it to access the Samurai and Red Mage jobs.  So I’m thinking it’s pretty likely for them to include “Catch Up Gear” with the quests like they did with ARR leading into Heavensward.