Wow.  Just…   wow.  That’s about the only word I can muster for the amount of sheer awe that I have for this.  Which coming from a guy who spent 5 years of college learning to use fancy words – that says  something.

To bring you all up to speed, a long while ago I asked a simple question on Twitter.  ‘How far could you get in WoW without using  green or better items and not spending talent points?’  Regular readers of this blog or long time followers of my twitter will recall that’s when Psynister and his Notebook jumped in and began an epic back-and-forth of hashing out the rules of the original version of the WoW Ironman challenge.

Several of us attempted the challenge.  Ironkerion made it into the 20’s before I kinda fell out of WoW altogether (We decided to see other people.  We may reconcile over some Pandas.) and so there Ironkerion sits.  I’m not sure how far Psynister made it, but I know that the nerves-of-steel Ironsally from over at Tome of the Ancient made it all the way to 85 on an Ironman Warlock. (Ironsally now hosts a regular video segment being the media darling that we all know and love.)

Cut to months down the way, I have more or less forgotten about the Challenge because I no longer have a subscription to the game.  Then, like a bolt of lightning in a black sky, it reappears.  Not only that, but it’s been built on!  The rules have been expanded to include a “NO DEATH” clause, where if you die you must delete the character and start over.  Talk about taking it up to 11! The no death thing  was discussed in the original twitter conversation, but if I recall we ruled as it because that really danced the line between “fun challenge” and “masochism”.  So we decided to nix the idea.  So those of you attempting to take on this new incarnation have both my greatest respect and deepest sympathies.  You have your work cut out for you.

On top of that, they’ve turned it into a legitimate challenge.  They’ve got a website for it, and everything!  They managed to even get featured on not only WoWInsider but also a WoW community blog post on the official World of Warcraft website!  And now that this entire thing has become a world wide phenomenon, it’s time for good ol’ Vrykerion and his pal Psynister to take that first step into Internet Celebrity-hood!

…Why is nothing happening?  What’s that?  People are arguing about who created it?  Uh huh.  And no one knows our names?  Not even mentioned, you say? I see.

Well, never mind on the whole internet fame thing.  The hipsters can still read my blog cause it’s all ‘underground’ and ‘uncool’ or whatever the heck hipsters like.  (I know NOTHING about hipsters.)  Mostly I’m just happy to see something I had a small part in creating became something amazing.   Even if no one ever acknowledges my existence.  As per usual…   I’m gonna go put on My Little Pony and cry. 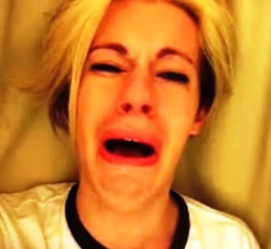 Okay, on second thought, NOT being internet famous is sounding pretty good...

Regardless! Good luck to all of you, you Iron-Legion!  May your names be carved in the bedrock of hardcore-ness!  Which is someone near the lake of awesome.  South of YouDaMan-ville.  Yea, I’m gonna go shut up now.